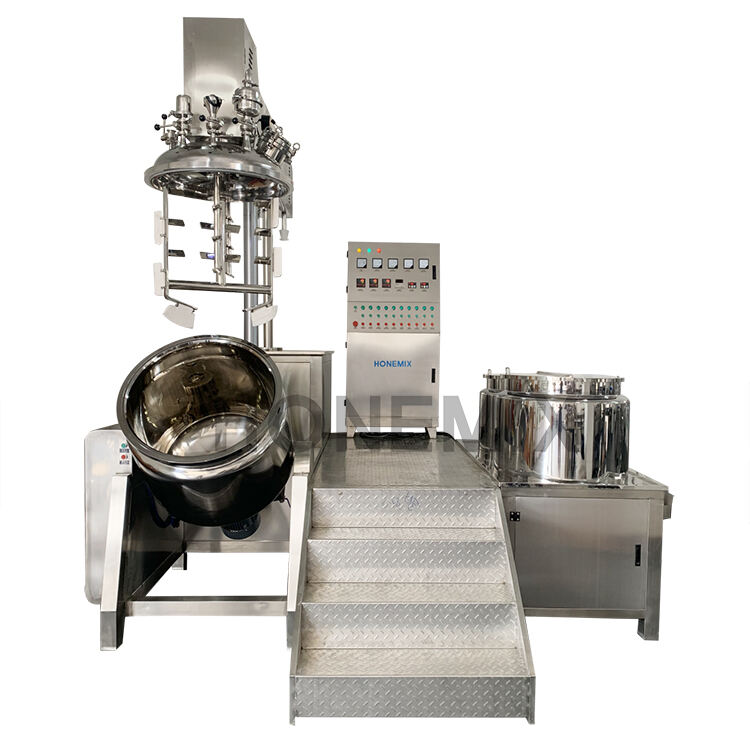 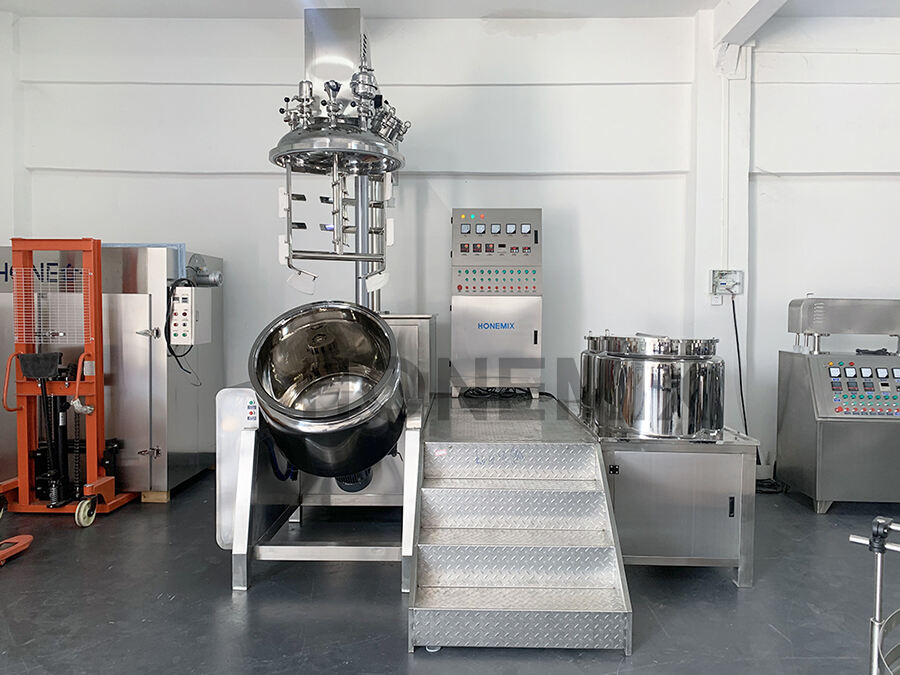 * 50,000 C.P.S. of material could be emulsified by vacuum paste making machine.

* The raw material could be sucked into Cosmetic Emulsifying Mixer directly by vacuum function.

* Vacuuming, heating, cooling could be done in one step production in this mixer.

* Pulverization, emulsification, mixing, homogenous dispersion could be done in a very short period of time.

* Blades-mixer and homogenizer could also be operated independently.

* The operation interface is by button, simple and convenient.

* The discharge part materials are made of 316L stainless steel.

* Under vacuum operation this mixer could prevent outside air and bobbles from entering into mixing chamber and occurring altogether.

* CIP system could be installed in this past making machine.